When you make creative work and someone has deep, insightful thoughts about how it relates to their own life, there’s not much more satisfying a result than that.

While the below isn’t a formal review of the film, I asked to reshare it because the author put some serious time and thought into his reflection on the film and his own artistry. I’ve edited down the post. This was written by Rosehip, who has a song in the film. Please follow him on Spotify and listen to his music.

I finally got round to watching the doc this evening and I have to say I thoroughly enjoyed it! What a brilliant look into the immense power of art as a means of pure expression and a form of deep introspection. I thought the journey of the 365-day project was presented beautifully and I found the reveal of the mosaic at the end really quite moving.

When you described your artistic process it resonated with me a lot. You put into words many feelings I have about my own artistic process that I have been struggling to put my finger on in recent months. For instance, you mention that you choose colours almost intuitively given your emotions at the time, improvising with them to create artworks that are a pure manifestation of your feelings in that specific moment, with evidently stunning results.

What I found super insightful though is that I had never thought about this process in the context of art therapy before, but it makes so much sense! When one’s emotions are strong, whether it be despair, anger, ecstasy or anywhere in between, turning to art not only helps to express these feelings but it helps to release them too – kinda the goal of therapy right? I knew making music has always been about expression for me, but I had never considered it in this way before. So thank you for helping me to better understand and articulate my artistic instincts and motivations and for giving me the vocabulary to explore it further.

Interestingly, [my manager] and I have had some discussions in the past where I’m resistant to altering my music, even if it might make good sense or be good for my career. [my manager] and I were also talking about this the other day with regards to some other artists and their reluctance to revise ideas too. To what extent it is a worthwhile attitude obviously depends a lot on one’s goals and aspirations in terms of a career, and I should add that I do believe not all art needs to be made in the name of inner therapeutic expression.

However, I think your documentary really hit the nail on the head for me; when art is produced as an introspective, soul searching, ejaculation of one’s consciousness, it doesn’t really have any greater purpose than being an introspective, soul searching, ejaculation of ones consciousness! I think that’s what makes art great and why the idea of modifying it can sometimes feel difficult and dishonest.

Also, (side-note) loved the scissor lift scene! I used to work at a community centre and my mate drove one of those scissor lifts straight onto the grass….where it remained for about a week…. funny times!!

Anyway, just wanted to reach out and say thanks for sharing your work, it was really insightful. I wish you the best for the film and the future!

Ok, whew. What a writer he is! I won’t add much, except to say I’m so glad Rosehip and I connected on his music and it’s in the film. 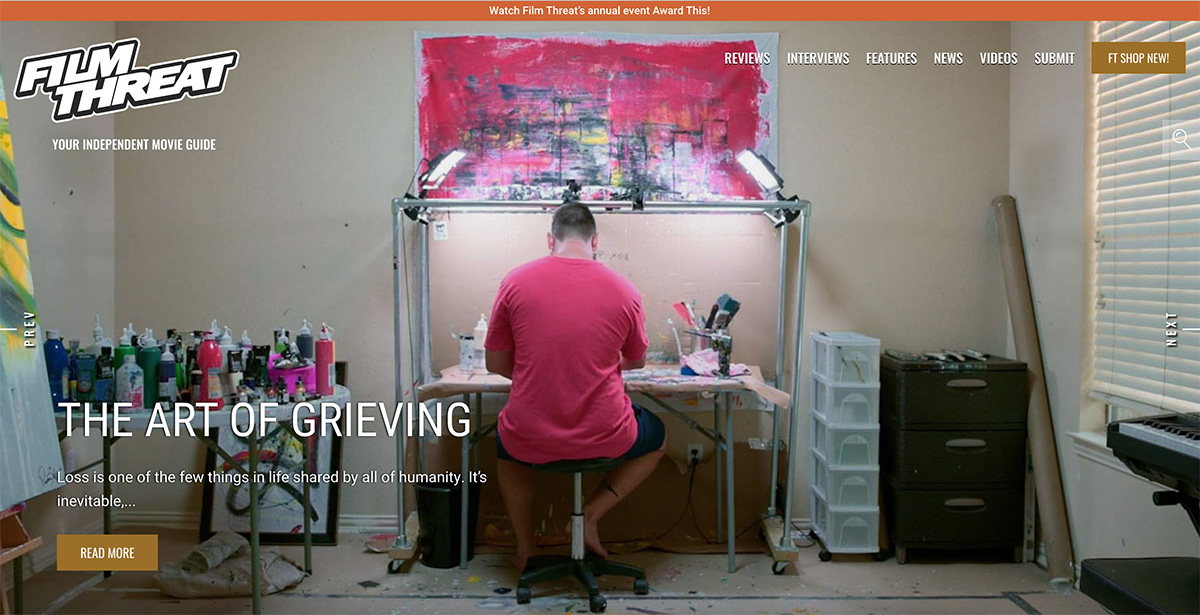 10 months ago
by Preston

Read the recent review of the documentary from Film Threat Magazine.

And for being a part of this journey…